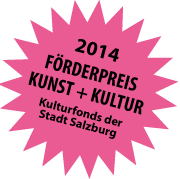 Richard Rossmann was born in Saalfelden, Austria. After graduating from the university of economics in Vienna, he took a job in Hamburg where he learned the art of television. Since then, he has worked as a freelance producer for international TV and commercial productions all around the world. Max and the Others is his third feature documentary as director and independent filmmaker. In December 2014 he has been granted the Arts and Culture Award of the city of Salzburg. Richard lives in Pinzgau and Berlin.

Max and the Others. Documentary 78min. Austria 2013

Arts and Culture Award of the City of Salzburg 2014